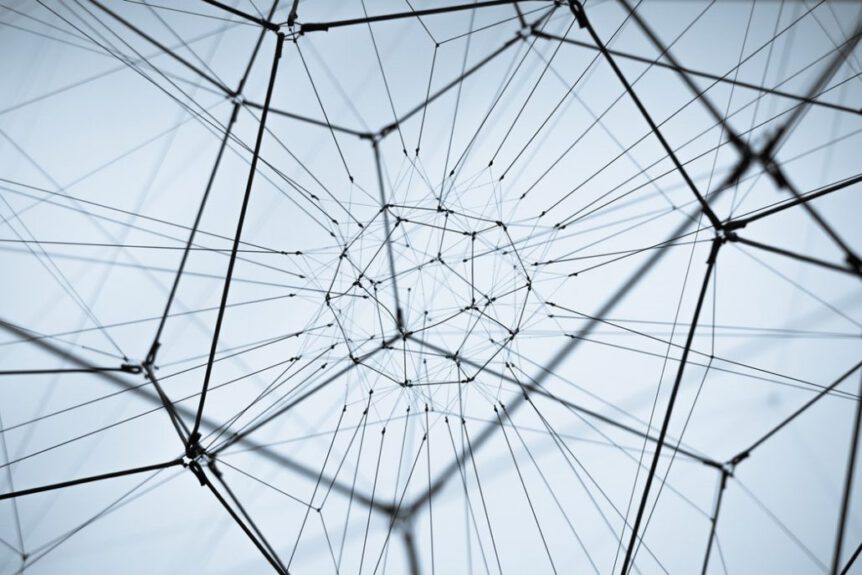 Saudi Arabia is rich in oil and is able to supply a large part of the world’s demand. Similarly, China has the potential to become the world largest supplier of artificial intelligence products. Consider the inputs needed for artificial intelligence: access to capital, cheap, easy to get (cloud) computing power, a large pool of university-trained IT specialists and above all lots and lots of data. China has it all. Especially the wealth of data is striking. China has 750 million mobile internet users eager to experiment and explore the possibilities that a connected life offers. Most of them use apps belonging to the three largest ecosystems: Tencent, Alibaba and Baidu. Also the government and public services are avid collectors of information.

China invests heavily in the development of AI technologies and products, with good reason given the societal challenges it faces. The country has a population ageing at an unprecedented rate even while it’s education system is struggling to train young people to the level and skills needed. China is a middle income country with the incidence of non-transmittable diseases of a rich one, especially life-style related diseases. It is a rapidly urbanizing society, but it struggles to keep people and goods moving in its cities. AI can play a role in meeting these challenges, for instance with better diagnosis and following of a patient’s or elderly person’s behaviour. China expects AI technology to play an important role in the country’s industrial development as well. It aims to be an smart industry and intelligent vehicle superpower by 2025, for instance.

The Chinese government is creating a policy framework to foster a healthy environment for AI development. The main building block is a national AI policy paper with specific development goals for the next 15 years.

According to the plan, China is to match the world leaders in AI technology and applications by 2020, to make major breakthroughs in AI theoretical research by 2025 and to become a “premier global AI innovation center” by 2030. The value of China’s AI industry is expected to exceed 150 billion RMB (20 billion Euro) by 2020 and reach 1 trillion by 2030.

China’s is the world’s biggest producer of scientific publications on AI in the period from 2007-2016[1], appearing on 26% (compared to an average of 15% across all science fields) of the world’s publications and accounts for 23% of the world’s patents in AI[2]. In terms of quality of AI science, China is on a par with the world average[3], with local hotspots where scientific quality is comparable with or better than the West. One of these is brain-inspired intelligence.

From a technological point of view, brain-inspired AI is one of the most exciting areas within AI. Essentially a biomimetic science, the subfield draws from knowledge about how our brain works to construct better working AI systems for specific purposes. It tries to translate results of neurosciences, where knowledge has often been obtained with the goal of curing diseases in mind, to useful computer programs or hardware.

The most popular applications of brain-inspired AI nowadays are neural and deep neural networks, with prominent examples like Deep Mind (Alphabet/Google), and reinforcement learning, having shown its worth in many applications for AI.

Brain-inspired AI is particularly strong in complex, non-linear environments. Once properly trained, a brain-inspired AI system can also be very attentive – meaning that it can very quickly select the most important information from a huge stream of input signals. Weaknesses of such systems are that they require a lot of data and computing power to learn, and because of their flexible nature offer little insight in underlying processes. It is therefore no surprise that systems like these are used in application where plenty of complex data is available, and the output can be rather fuzzy, such as in image recognition and natural language processing. Next to that, simulating brains at different scales can be necessary for self-organizing systems with many functions.

In brain-inspired AI, China is world leading in numbers of scientific publications and patents. Chinese affiliations appear on 28% of all scientific publications and the Chinese jurisdiction accounts for 48% of all patent applications worldwide from 2007-2016. These numbers highlight brain-inspired AI has a special focus within China. Table 1 and 2 display the largest scientific institutions and Chinese jurisdiction patent applicants in the same period[4].

The prevalence of universities among the patent applicants shows that this field is still very much academic in China, but is heading towards applications fast. The Research Centre for Brain-inspired Intelligence under the Institute of Automation of the Chinese Academy of Sciences (CAS) is one of the hubs from where this will most likely happen. See the interview with prof. Zeng Yi for more information on their activities.

What do you hope brain inspired AI will bring in the future?

Most efforts on Brain-inspired AI in the world focus on a better learning system. While brain-inspired learning is of course important, it is not the whole story. My ultimate goal for Brain-inspired AI is to build a Brain-inspired Cognitive Engine (BrainCog) for future machine and robots. BrainCog should enable intelligent machines to have various cognitive functions (at least 150 cognitive abilities at different scales) and autonomously coordinate in a self-organized way. In addition, it should enable future robots to be living conscious individuals in our society.

What are the biggest advantages compared to general AI?

Brain-inspired AI aims at realizing artificial general intelligence through building an intelligent model inspired by the brain from the structure and working principles perspectives. Most of the current AI models focus on building a model to fit a certain type of task or even dataset, not really on building biologically realistic AI models. To me, Brain-inspired AI is seeking to realize intelligence through computationally reverse engineering the brain and mind from some perspectives, and try to make an even better conscious brain for robots.

What do you see as the biggest challenges?

There are many grand challenges. Currently, a major question is how to self-organize more than 100 cognitive functions to solve very different kinds of problems. Next, and this seems to be philosophical but is actually very practical, can we realize a truly conscious robot, and in which way can we ensure the robot is conscious? What is the difference between conscious and unconscious robots? Last but not least, with a brain-inspired cognitive engine, can a robot really be living in our society, instead of just existing?

How are you cooperating with companies?

I am interested in deploying our brain-inspired models for various kinds of robots, especially social robots and service robots. I am also seeking for collaborators who are visionary to build truly conscious robots.

Who do you work with internationally?

We have collaborators at Allen Institute for Brain Sciences (USA). We also have long collaboration history with the knowledge representation and reasoning group in Vrije Universiteit Amsterdam, led by Prof.Dr. Frank van Harmelen. We would be very happy to develop potential collaborations with Universities and Institutions from the Netherlands.

Brain-inspired AI like neural networks have already led to a number of successful commercial applications in China.

Face recognition technology is now accurate enough for commercial use in China. Face++ has technology that can authorize payment using only face as credentials through Alipay (a popular mobile payment app developed by Alibaba). Jingdong, another e-commerce giant, is testing this convenient “show your face only” payment method in several offline shops in Beijing. Apart from secure and convenient payment, face recognition technology are developed also for surveillance purposes. The police can use the system to identify suspected criminals in video captured by surveillance cameras. Chinese search engine Baidu is working on applications that provide tourists access to tourist destinations without a ticket but by scanning and matching faces.

Another group of Chinese AI companies are specialized in intelligent speech and language technology. iFlyTek is leading in areas of speech recognition and text to speech conversion. The technology is used in popular personal assistance services (similar to Apple’s Siri). iFlyTek also developed an intelligent speaker called Dingdong. By talking to it, one can easily control smart devices at home, in a similar fashion to Google Home.

Baidu also tries to advance AI technologies with its tremendous data collection and data processing power. Last month, the company’s driverless car was tested in full autonomous driving mode under mixed road conditions in Beijing. Backed by machine learning technology and vast amounts of data, it succeeded in several challenging maneuvers including U-turns, changing lanes and joining the traffic from a ramp. This car is said to be available on the consumer market as early as 2020.

Opportunities and threats for the Netherlands

Data has been one of the most important elements for commercial AI. Tremendous amounts of raw data are created every day in China. Access to data has been relatively easy. The Chinese people are less concerned about privacy issues. Often, they are not fully aware of how data carrying their personal information are used and for what purpose.

Easy access to raw data in China can be an opportunity for the Dutch AI research and technology developers. But sometimes it isn’t as easy as it seems. A big portion of data is created by consumer electronics, such as people’s mobile devices. Such data is gathered by the big companies that developed the mobile apps or online platforms. The way personal and financial data, purchasing behaviour, whereabouts and much more can be retrieved from a single app such as Tencent’s multipurpose chat app WeChat is unmatched in the West. It is hard to get access to such data, and even harder to compete against it.

Another significant part of data is in the hands of the government, where it is often kept confidential. Examples are advanced demographic, economical, meteorological, water and soil, and remote sensing data. The recent digital policy of China advocates for cross-sector data sharing within different government agencies and with the public. How much AI players can benefit from such a policy still remains to be seen.

The recently published Chinese Cyber Security Law has imposed strict rules on cross-border data flow, data localization, and approvals required for companies handling significant amounts of consumer data (in short, data created in China shall stay in China). These rules apply both to domestic and to foreign companies, which might cause complications for joint AI R&D activities with and in China. The Netherlands needs to keep a close eye on the development of China’s data policy, complying in a way doesn’t compromise the Dutch party’s interests.

China is determined to lead the world in AI. Both private sector and the government invest significantly. Big internet companies and startups have a large consumer market at their disposal of open-minded Chinese people who are used to constantly embracing new technologies and the convenience they bring, and less concerned about privacy. Next to that, China has the big advantage of a well-protected abundance of data and a well-trained research staff. In such a situation, it makes sense to join forces with Chinese partners as opposed to setting up shop independently in China. Even outside of China, it is likely that Chinese parties will increasingly leave their mark in various applications of AI, and in areas such as brain-inspired AI.

[3] See CWTS Leiden Ranking, % of papers among top 10% most cited for whole China.

[4] For scientific publications: All publications in Scopus within AI and computer theory categories where author provided keywords brain, neur-, synap-, cortex are present. For patents, lens.org category G06N3: artificial intelligence based on biological models was used. *- estimation based on including unclassified CAS and State Key Labs publications linearly distributed according to classified amounts.