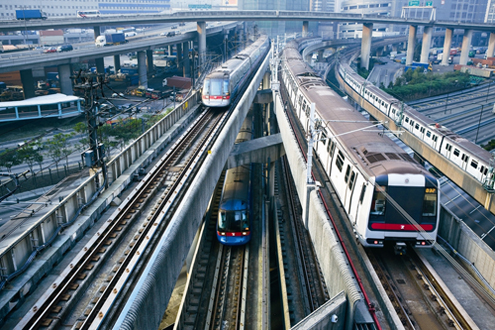 Last week, SiCC Co. Ltd and Strukton Rolling Stock B.V. signed a joint venture in Ji’nan. With this singing, the two parties have established a long-term cooperation with the design, production, assembly and delivery of propulsion systems and auxiliary systems for the rail sector.

The China-based joint venture, Shandong SRCC Rail Transit Technology Co. Ltd, will start with tendering for propulsion packages for metro projects in Ji’nan, and later on as well as for other rolling stock projects in the Shandong province and the rest of China. Strukton Rolling Stock will provide distinctive technological knowledge, design and production of key components from the Netherlands; SiCC will provide production and assembly facilities for complete systems, labour and local market knowledge.

This is the first time a Dutch company enters into the Chinese market with this kind of technology and is recognised as a global and reliable technology partner in China. Strukton will mainly add its technological knowledge and experience in the field of vehicle propulsion and auxiliary power systems, including system integration and performance calculation. Its technology is widely applied in metro, trains, locomotives and monorail. Strukton will also produce and deliver key components to the joint venture.

The city of Ji’nan is planning to construct eight new metro lines till 2023, including three suburban lines and five urban metro lines, with a total length of 275 km and 176 stations. The first vehicles will be delivered in the second half of 2018. Other cities in the Shandong province are planning to construct metro lines as well. Currently, seven cities (Qingdao, Ji’nan, Zibo, Yantai, Weifang, Ji’ning and Linyi) have metro construction plans and passed technical approvals. Additionally, the Chinese government has approved 43 cities’ metro construction plans in the next five years, covering over 8,000 km and the purchase of more than 5,000 metro vehicles per year. The joint venture will start with the tender for the R3 line (19 km, 11 stations, 18 trains, 108 cars).

Founded in October 2010 and based in Ji’nan, SiCC specialises in R&D and production of silicon carbide, the third generation of semiconductor materials used in all kinds of industries including rail. With over sixty experts from home and abroad, four R&D centres abroad, more than ten cooperation projects with global well-known universities and research institutions, SiCC has undertaken a number of national key projects and its products and technology have reached top-notch level. The company is part of the Rnomac Group, founded in 1993, with 1,200 employees.