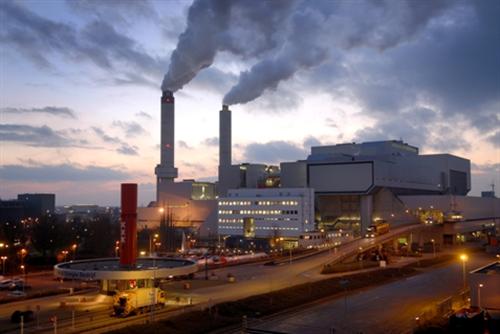 ‘Made in China’ could well be the most printed phrase in the world. The country has largely depended on its manufacturing industry to make the stunning transition to upper middle income country in the last 40 years. In 1990, China produced only 3% of the world’s manufacturing output. Nowadays, this is nearly 25%[1]. In some product categories, such as air conditioners, mobile phones, security camera’s[2], and drones[3], 60- 80% of the products sold worldwide are manufactured in China. Container ships leave China filled to the brim, and come back almost empty[4].

The manufacturing industry has eminently been the domain of private enterprises driving economic reform after Deng Xiaoping’s opening up[5]. These companies have traditionally been low-tech, labor intensive companies, mostly focused on producing large quantities. Consequently, ‘Made in China’ has to some mostly been a synonym with ‘junk’, as was the case with Japanese motorcycles in the 1950s and 1960s.

China is eager to improve the quality of its products like Japan has done. Facing the same problem of rising wages as Japan and the Asian Tigers (Singapore, Hong Kong, Taiwan, South Korea) 20-30 years earlier, the Chinese government and companies are seeking to upgrade the whole manufacturing industry. Besides digitization, artificial intelligence, 3D printing, this will involve a lot of robots.

The robotics market in China

China has already been the world’s largest market for robots since 2013. The International Federation of Robotics estimated that China will take up 39% of the global market in 2019 in terms of multipurpose units sold, with an expected growth of 22% per year. This is about as much as Europe and the Americas together. Only 31% of these robots were domestically made in 2016, although this percentage is steadily growing (with 7% per year from 2013 to 2016) [6].

The automotive sector has traditionally been the biggest customer of robots. Looking at a moderately low robot density of 505, compared to 1,000-2,000 in Western developed countries, there are still many opportunities in this sector in China. However, the electronical and electronics industry has recently caught up to become the biggest market in China and surrounding Asian countries, with sustained high growth. In the wake of investments in the 100B USD ‘Big Fund’ for developing a domestic semiconductor industry, this can only be expected to continue in China[7].

Other sectors like the metal, chemical, and food processing industry are smaller in terms of units sold. Both the metal and chemical industry are plagued by overcapacity that make investors wary, although this seems to be slowly dissolving for the chemical industry[8]. Outside the manufacturing industry, robots for medical applications and the agricultural sector can offer interesting niche markets in China.

The central government realizes the importance of its manufacturing industry. Xi Jinping’s geopolitical One Belt One Road (OBOR) initiative is for a large part focused on securing access to the European market for goods produced in China. It is no coincidence that two of the main OBOR projects (railway lines) start in Yiwu, the manufacturing powerhouse of Zhejiang province[9].

As in other industries (e.g. aerospace with Commercial Aircraft of China (COMAC), semiconductors with the Big Fund), the government aims to nurture a domestic industry that is capable of adequately serving the domestic market. According to the statistics above, this is not yet the case. Issues like these are addressed in the Made in China 2025[10] roadmap published in 2015, and the 2016 follow-up Robotics Industry Development Plan[11], which is complementary to the Three-Year Action Plan to Promote the Development of a New-Generation Artificial Intelligence Industry[12], published in 2017.

For more information on the AI development plans and developments, check our website (www.hollandinnovation.cn) for an article on developments in China and ‘brain-inspired artificial intelligence’.

All plans seems to draw heavily on Industrie 4.0 from Germany. This is no surprise, as the concept is popular in China (fun fact: there are as much mentions of the concept on Chinese websites as on German websites[13]).

Goals set in Made in China 2025 are the following:

Looking at earlier industry developments (e.g. highspeed railways, aerospace, semiconductors), it is to be expected that local governments will compete for building ecosystems. To this end they often create incentives to lure foreign companies to their districts. Next to that, Chinese firms will more easily receive government subsidies or loans in this sector to accelerate their development. They will likely resort to proven methods such as hiring foreign experts and Chinese experts from foreign companies, and directly buying technology. They can also try to acquire more foreign companies, like the acquisition of German robotics company Kuka AG by Chinese Midea in 2016[14], or Zhejiang Wangfeng acquiring USA robotics company Paslin in 2016[15].

The role of indigenous innovation should however not be underestimated. The Chinese government has long pursued a clear goal of boosting indigenous innovation[16]. As one of the results, China has just surpassed the USA as largest producer of scientific publications in the world[17]. There are still legitimate concerns about quantity over quality in science, but the trend is clearly upwards. Figure 1 is a clear example of this. China is expected to have reached world average citation score in 2018, and could overtake some Western European countries by 2020 if the trend continues. China is a large countries and there are ample hotspots where quality is much higher.

Figure 1: Mean citation score of China using 137 Chinese universities included in the Leiden University Center for Science and Technology Studies Leiden Ranking, including linear prediction (dashed line). Measure used is percentage of papers among top 10% most cited. This is a comprehensive ranking that compensates for many factors, such as self-citations, type of publication, field of research dependent citation habits. Citations need time to mature, therefore the ranking of 2017 includes publications from 2012-2015 (walking average shown). For more information, see http://www.leidenranking.com/.

A closer look at R&D activity in robotics

Next to research, it has become clear that Chinese companies can be very capable of world-class innovations. Most well-known examples are perhaps Baidu, Alibaba and Tencent (BAT), and Huawei. However, also in robotics there are interesting examples.

Hikvision has developed sorting robots that can sort up to 200,000 packages a day and are self-charging, meaning they can operate around the clock. The robots are already deployed in warehouses in China[18].

At the Fourth Military Medical University in Xi’an, the world’s first dental operation by a robot with no human involvement was completed in 2017[19]. Also in the medical field, iFlyTek developed a robot with Tsinghua University that has passed the Chinese medical licensing test, it can now be used to give suggestions to doctors, to help them identify problems quicker and avoid some risks[20].

Figure 3: Composition of applicants in Chinese jurisdiction for robotics category.

The field is growing quickly worldwide. Most patent activity is clearly in China, and within this field, 70-90% stems from Chinese applicants. Growth in the last 4 years has averaged at 48% per year in this category, compared to 7% on average for China.

Some background on the patent system in China is necessary to interpret these statistics. Similarly to scientific publications, there are concerns about the quality of Chinese patents among low standards and incentives to file patents for the sake of filing[23]. This raises the valid question if Chinese patents are ‘worth as much’ as a measure for innovation as in other countries.

China offers Invention Patents with a 20 year protection period similar to European countries and the USA. They cost about 20,000 USD to file and maintain, similar to the USA, and more than in the European Patent Office[24]. Another type, limited Utility Model patents, is also very popular in China, but they are discarded here due to their lenient granting rules.

The Chinese patent office has become much stricter in recent years. The mean rejection rate in the robotics categories was 44% from 2011-2014, compared to 18% from 2007-2019, and 17% for the US 2011-2014. In 2016, regulations were revised again to be even stricter[25]. The mean granting period was 1.6 years from 2011 to 2014, so it is expected that statistics are not significantly skewed by applications still under consideration. Even with this high rejection rate, in terms of granted patents, the Chinese jurisdiction was still the largest in the world in 2014.

With a strong scientific foundation, the largest presence and growth rates in corporate R&D, strong government support, the largest market, and a number of successful examples, China has all the right cards to become the new powerhouse of robotics in the near future. The Netherlands also hosts a lot of interesting companies and initiatives in robotics. How can they capitulate on all the potential in China? How to do this in a way that also safeguards Dutch interests in the long run?

The simple answer is that this depends on the specific case and sub industry segment. Contact us ([email protected]), and we will be happy to see what we can do for you as a company. The Holland Innovation Network specifically aims to help Dutch innovative companies to unveil potential in China, or find collaboration partners.

Figure 4 shows where robotic SMEs filing patents in the Chinese jurisdiction are located. There is a clear cluster in the Yangtze River Delta (Jiangsu, Shanghai, Zhejiang province), extending out to Anhui province. This coincides with a large part of the manufacturing industry in China. The same is true for Guangdong in the south (Pearl River Delta). Individual city with most patent applicants in robotics is Suzhou in Jiangsu.

Figure 4: Location of SMEs filing patents in the Chinese jurisdiction in robotics categories.

A good way to start for companies are industry expo’s and companies. Some prime examples are:

If you are interested in joining, don’t hesitate to contact us. Perhaps there are opportunities for a joint Dutch presence or side activities.

Written by David Bekkers, Officer for Innovation, Technology & Science, Holland Innovation Network (Innovatie Attaché Network), Dutch Consulate-General Shanghai, with help of Ma Qing, Officer for IT&S at the Embassy in Beijing. You can contact me through [email protected].

[16] US Chamber of Commerce, 2009 https://www.uschamber.com/sites/default/files/legacy/reports/100728chinareport_0.pdf