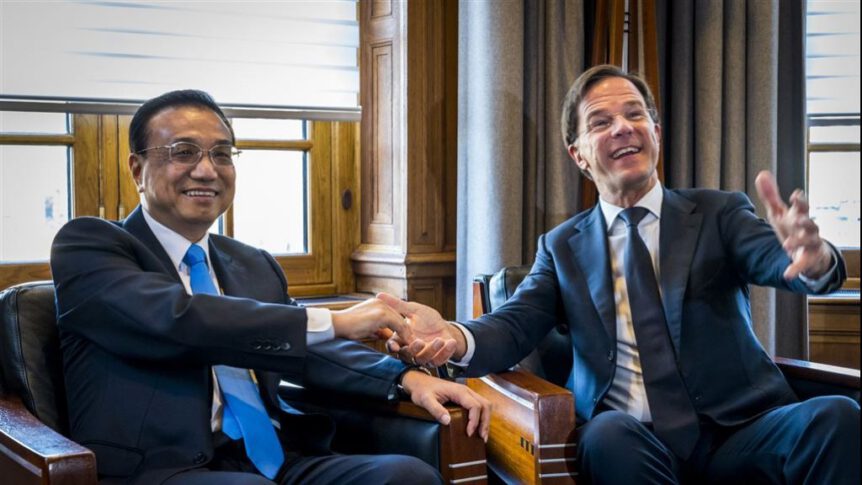 On October 15th and 16th the Chinese prime minister Li Keqiang and his delegation were hosted by Mark Rutte, prime minister of the Netherlands in The Hague to discuss the cooperation between the two countries. Among those attending this meeting were Prof. Ben Feringa and Prof. Bert Weckhuysen. The presence of both board members of the Advanced Research Center for sustainable chemistry and energy ARC CBBC illustrates both countries’ intention to cooperate on innovation in the field of sustainable chemistry and energy.

Prof. Ben Feringa (Nobel Prize for Chemistry 2016) is already running a joint lab at the East China University of Science and Technology for research on organic chemistry and homogeneous catalysis. In 2018, Prof. Bert Weckhuysen brought ARC CBBC to China as part of a mission to identify scientific institutes ARC CBBC could collaborate with. Both scientists will be part of the Dutch delegation to China in January 2019, visiting Chinese research institutes and the Ministry of Science and Technology.

The Advanced Research Center Chemical Building Blocks Consortium (ARC CBBC) is a public-private research center in the Netherlands. Within ARC CBBC, there is intensive cooperation between the academics, government and the chemical industry to find solutions for worldwide challenges on energy and chemical feedstock.