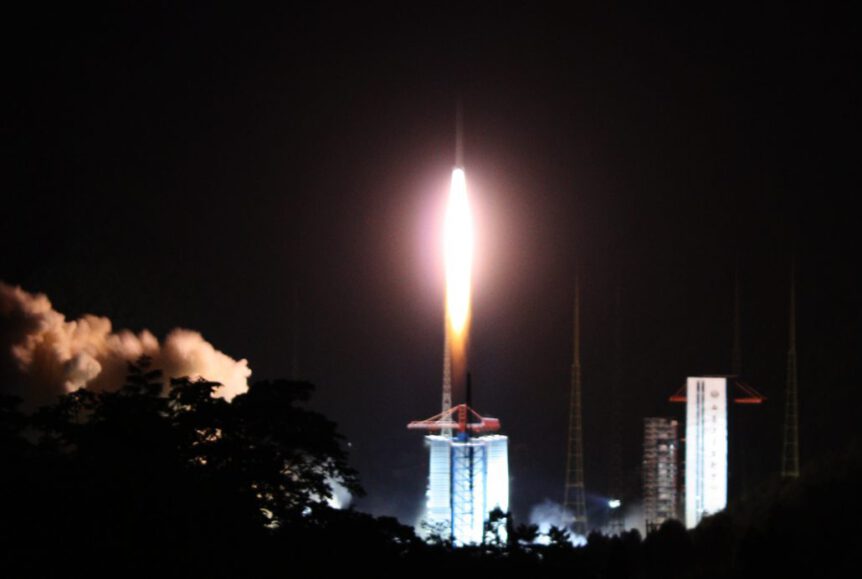 China’s Lunar exploring mission has finally started after two years of preparation. Chang’e-4 has been successfully launched from Xichang Center on May 21st 2018. On board is the Dutch designed and Dutch build Netherlands China Low-frequency Explorer on its way to the earth-moon L2 point. At the moon’s dark side, NCLE will explore the radio sky at very long wavelengths (i.e. at low frequencies below ~30 MHz). This includes the study of radio emission from the Earth, the Sun, the large planets in the solar system and the Milky Way.

Previous article with background information about the mission: Dutch Payload Ready to Join China’s Lunar Exploration Mission to the Dark Side of the Moon

Photo report of the launch:

Chang’e-4 during the final preparation

Xichang Center in the night sky before the launch

Video of the launch: